Trump: "It's my decision when to reopen U.S. economy"

Under the 10th Amendment, state governments have power to police citizens and regulate public welfare 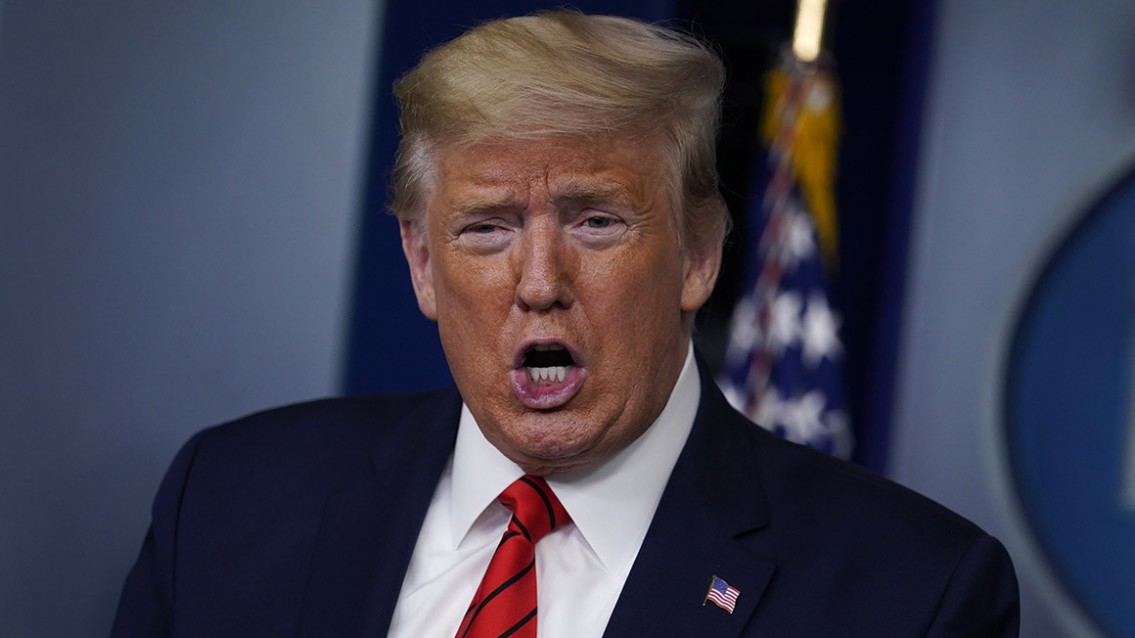 WASHINGTON, DC - President Donald Trump said on Monday it was his decision when to reopen the U.S. economy, not that of state governors, but legal experts disagree and governors are going their own way. Trump last month extended federal “stay at home” guidelines through April and has made clear he wanted the economy to reopen as soon as possible after the coronavirus outbreak that has killed nearly 22,000 Americans and cost millions of jobs.

However, he also has said he would listen to U.S. health experts and others in making any recommendations.

“It is the decision of the President, and for many good reasons. With that being said, the Administration and I are working closely with the Governors, and this will continue. A decision by me, in conjunction with the Governors and input from others, will be made shortly!” Trump wrote on Twitter.

The Republican president accused news media of incorrectly saying it was the governors’ decision.

However, legal analysts say a U.S. president has quite limited power to order citizens back to their places of employment, or cities to reopen government buildings, transportation, or local businesses.

A number of states have extended their stay-at-home and social distancing orders beyond May 1, with Virginia’s governor targeting June 10.

New York Governor Andrew Cuomo, whose state has been hardest hit by the new coronavirus, said Monday he would coordinate his response with governors of neighboring states.

“So, we’ll listen to the experts, we’ll follow the data but remember this is a delicate balance,” he told reporters.

Each governor needs to make the best decision for their state and help people tap federal government benefits, including unemployment insurance, Sununu said in an interview with CNN.

“It’s a pandemic. It has no playbook,” Sununu said.

But there is the U.S. Constitution.
Under the 10th Amendment, state governments have power to police citizens and regulate public welfare.

“This is Federalism 101,” said Robert Chesney, a professor of national security law at the University of Texas. “The president can advocate to his heart’s content, but he can’t actually commandeer the state governments to make them change their policies. He has no such inherent authority, nor is there any federal statute that purports to give him such authority.”