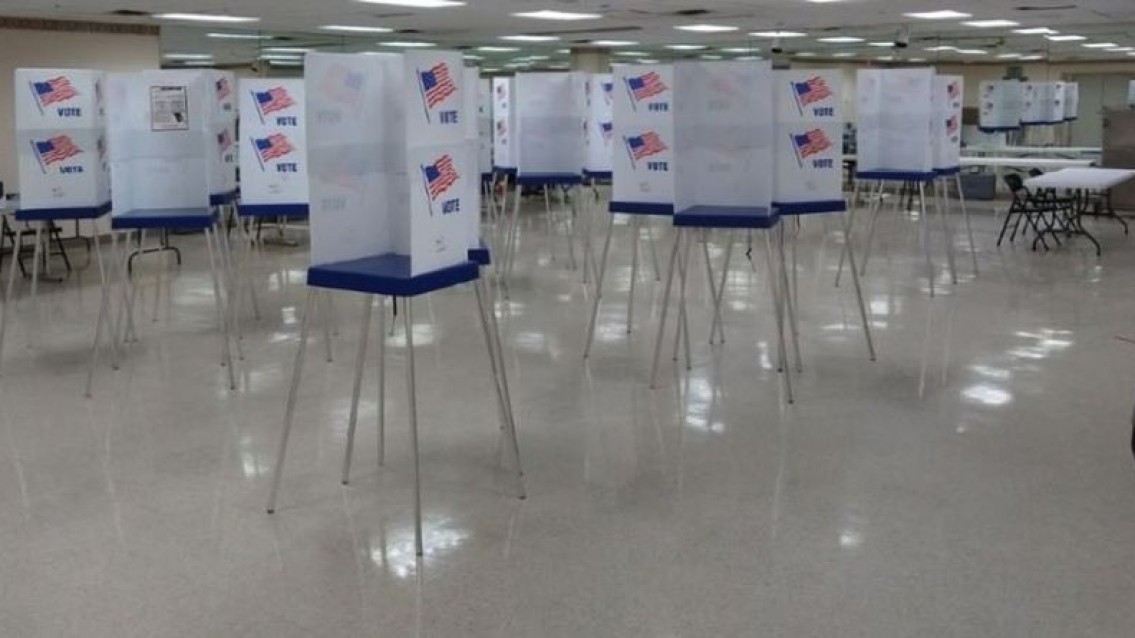 Miami, FL - No-touch check in for voters. Plexiglas between voters and poll workers. Wiping down voting booths. No reuse of pens.

Early voting has surged in popularity — about a third of the electorate voted early in the 2018 midterm elections — but COVID-19 has prompted multiple changes for 2020 early voting in Florida.The first big test is early voting, which runs through Aug. 16 for the Aug. 18 Democratic and Republican primaries and non-partisan elections open to all voters.

Here’s everything you need to know to make it go smoothly.

Supervisors of elections in Broward, Miami-Dade and Palm Beach counties have made extensive changes to make early voting as safe as possible even with the coronavirus spreading in the community.

All three counties have orders requiring people to wear masks in public, and that’s expected of voters at early voting locations.“It is a requirement,” said Christina White, Miami-Dade County supervisor of elections. Broward Supervisor of Elections Peter Antonacci said, “The clerks have been instructed to be as persuasive as possible.”

In addition, poll workers will be required to wear masks or face shields. Hand sanitizer is available at all early voting sites — and its use is required in Miami-Dade County, White said.

Broward and Palm Beach counties are providing fresh pens for each voter, and they can be taken and won’t be reused. Voter check-in will be done in a way that doesn’t require people to hand their driver licenses to poll workers. Spacing will be marked and social distancing will be required for voters in line. The privacy booths will be wiped down each time they’re used. In Palm Beach County, Link said the three-sided privacy screens that prevent a voter from seeing someone else’s ballot have been stacked one on top of another and attached with Velcro to make extra-tall booths at early voting sites.

How early voting works
A voter may go to any regional site in the county in which they live. On election days — Aug. 18 and Nov. 3 in 2020 — people must vote in their neighborhood polling locations.

For the Aug. 18 primary and non-partisan elections, early voting runs for nine days, from Aug. 8 through Aug. 16. in Broward County and 14 days, from Aug. 3 through Aug. 16 in Palm Beach and Miami-Dade counties. There are 22 sites in Broward, 18 in Palm Beach County and 23 in Miami-Dade County. Hours are different in the three counties and vary depending on the day of the week.

Fast or slow
The process should be fast and easy for almost everyone who wants to use early voting in the Aug. 18 primaries and nonpartisan elections, elections supervisors said.

For one thing, turnout for August elections is usually low.

And in 2020, the coronavirus is prompting many voters to switch to mail voting. At early voting sites, supervisors said COVID-19 precautions could mean some delays, but for August they’re likely to be more than offset by low turnout and many people opting to vote by mail.

What’s on the ballot

The League of Women Voters of Broward County says the term primary “is a misleading name,” because there are contests that are open to all votes. Anyone may vote in a nonpartisan election, such as judge or school board. A school board or judicial candidate who gets more than 50 percent of the vote wins. Otherwise, there’s a runoff in November.

Some primaries (such as the contest for circuit court clerk in Broward) are open to all voters because only Democrats are running. Because there’s no other candidate in November, the winner will get the four-year term in the job.

The most important thing is having photo identification that includes a signature. A driver's license or state-issued ID card is best, but other accepted forms include passports, debit or credit cards, and identification for members of the military, students, retirement centers, neighborhood associations, public assistance, and Veterans Administration health care and government employees.

If the photo ID doesn't include a signature, another piece of identification with a signature is required.

You can also make things go faster by knowing how you're going to vote. You're allowed to bring a marked sample ballot, palm card or other information into the polling place to help you remember your choices.

What’s allowed
People can wear election buttons, T-shirts and other indications they support a candidate when they go to vote. Campaign attire doesn’t count as illegal electioneering at the polls, Link said.

What people can’t do is attempt to sway voters in the no-campaign zone or hang around in that area after they’ve voted acting as a human campaign advertisement. That means a Scott Israel or Gregory Tony for sheriff T-shirt — or one in support of one of the four lesser-known candidates in the Democratic primary for Broward sheriff — is allowed, but distributing handbills for a candidate isn’t.

And people may take pictures of their ballots, owing to a recent change in state law. However, Link said, some people have misinterpreted the change. People aren’t allowed to take selfies in a polling place because they might end up having someone else in the image.

To make sure your vote counts, mark the ballot exactly the way the instructions specify. If you don’t, it might not scan correctly. In Palm Beach County, people who haven’t voted since 2018 will find a different ballot style. It’s now like other counties, and voters fill in an oval to cast a vote. If someone votes for more than one candidate in a race (unless it’s a contest in which people are supposed to pick more than one candidate), the vote won’t count. People are allowed to skip a race and leave it blank.

If you make a mistake, or make an accidental extra mark on the ballot, don't cross it out. Ask for a replacement ballot. Once your paper ballot goes into the scanner, it's too late to make changes.