The Silicon Valley billionaire is no stranger to selling quirky products in limited one-time sales. 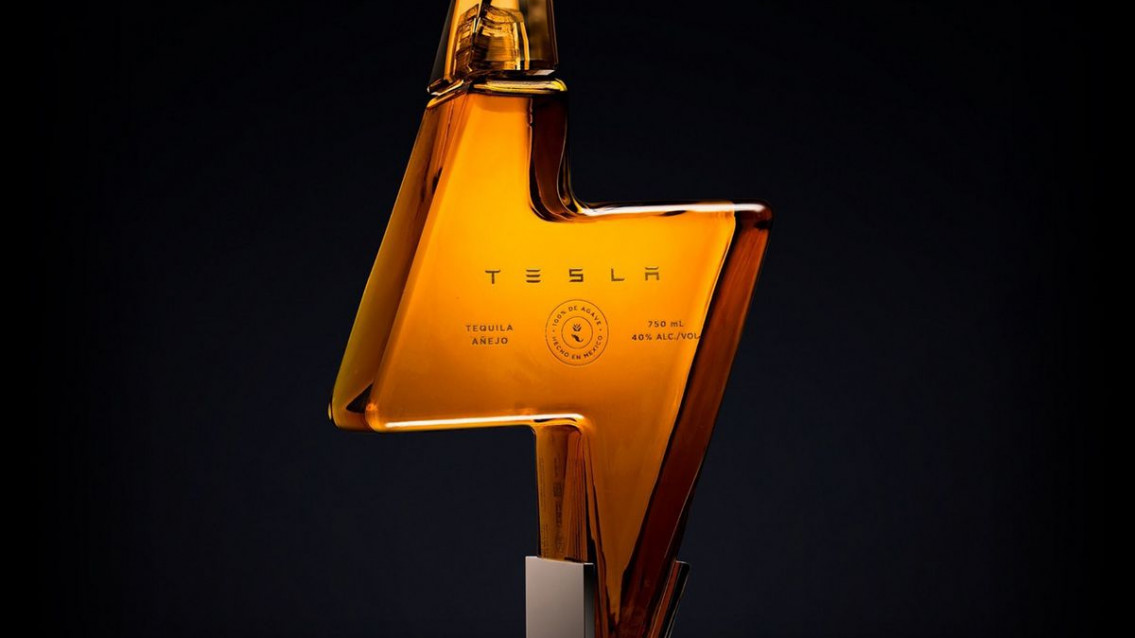 MEXICO CITY, MX - Tesla on Thursday launched its own brand of tequila on the electric car maker's website, making good on a promise by CEO Elon Musk with a $250-per-bottle experience that was unavailable within hours of the product's lift-off. Pictures of "Tesla Tequila" here on the website revealed a sleek, lightning-shaped bottle, a bit different from what Musk had once touted. The product was quickly listed as "out of stock."

Tesla did not immediately respond to a request for comment.

Musk tweeted the idea of "Teslaquila" on April Fool's Day 2018, which many of his followers considered a joke. However, Musk's efforts to trademark the drink in October of that year were frowned upon by Mexico's tequila producers. Mexico’s Tequila Regulatory Council then argued the “name ‘Teslaquila’ evokes the word Tequila ... (and) Tequila is a protected word.” Under the new name, it had no qualms.

“Tesla is now a certified brand of tequila under the strict regulations regarding our national drink,” the council said in a statement, saying it would be made by Destiladora del Valle de Tequila, a major producer of tequilas and other spirits.

Tesla’s website said the beverage will be made by Nosotros Tequila, which is one of Destiladora del Valle de Tequila’s more than 100 labels, according to online tequila database Tequila Matchmaker. Also known as Casa Maestri, the producer already makes a wide range of tequila brands, as well as bourbon, vodka and Canadian whisky, according to the company’s website.

According to Tesla’s website, the new alcoholic venture will be available only in selected U.S. states, including New York, California and Washington.

Independent industry consultant Clayton Szczech said that without tasting the Tesla liquor he could not evaluate its quality. But he observed that celebrity products, on the whole, were not aimed at tequila aficionados.

“I tend to doubt that this tequila is significantly different from everything else they are putting out,” Szczech said, referring to Destiladora del Valle de Tequila.

The website of the new drink describes it as agave tequila añejo aged in French oak barrels, “featuring a dry fruit and light vanilla nose with a balanced cinnamon pepper finish.”